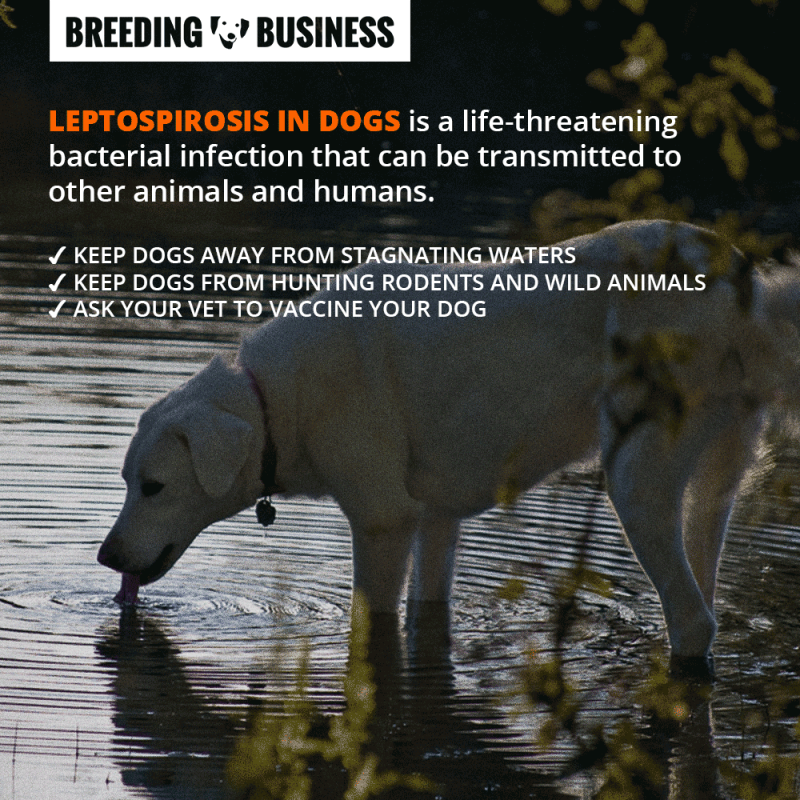 Autumn is my favorite season by far, the leaves turn to beautiful colors, the air is crisp and cool, pumpkin spice flavored everything can be found at the store and rain starts falling. Along with weather changes and wetter ground comes an unfortunate risk however; autumn tends to be the time of year we see an increased incidence of a bacterial disease called Leptospirosis.

Leptospirosis is a nasty spiral shaped bacteria (spirochete) that can easily be picked up via contact with mucous membranes, skin cuts or abrasions, bites from infected animals or ingestion of infected animal carcasses. These bacteria tend to be more prevalent in muddy, marshy areas (like irrigated pastures, woody marshes) and are most prevalent in warmer, wet areas. However the unique climate here in the Pacific Northwest does put out pets at an increased risk for the disease with our heavily wooded areas, farmland and wetlands. A recent study, published earlier this year, listed Oregon as #5 in the states with positive leptospirosis diagnoses. In fact, just last week, there was an alert from the Public Health Department citing an outbreak of Leptospirosis in the California Sea Lion population that has been leading to sick lions being found dead or dying on local beaches. Why does is matter that the area is wet? Well the bacteria is passed most readily through an infected animal’s urine, any amount of standing water that has been exposed to infected wildlife, rodents or domestic animal can then become contaminated and a source for further infection of other mammals. Dogs most at risk are those that are exposed to those areas of standing water, around livestock or kenneled with potential exposure to rodents or infected dogs. Hunting, hiking, and even beach combing put your pet at risk.

Some of the signs we see associated with the disease include fever, pain and muscle stiffness, weakness, lethargy, increased thirst and urination, vomiting, diarrhea, yellow skin and eyes, and in some cases even lung disease (though there is a possibility that a infected dog could be completely asymptomatic). Many of the most severe clinical signs develop due to organ dysfunction. Both the liver and the kidneys can suffer possibly irreversible injury from this disease that could lead to lifelong health problems or even become acutely fatal.

One of the scariest things about Leptospirosis is that it is also zoonotic, meaning people can get it from infected animals!! So just like your pet, exposing yourself to standing water, marshy wetlands or anywhere contaminated with the urine of infected animals can cause YOU to become ill. And just like with dogs, deadly liver and kidney failure can be the sad result.

There is treatment available, Leptospirosis can be killed using antibiotics while organ function and dehydration can be preserved with aggressive supportive care. As long as no catastrophic organ failure has occurred the prognosis tends to be good.

Like with many diseases, prevention is a very real option!! Vaccines are available for the most common strains of Leptospirosis. Also keep contamination with rodents and cleaning areas exposed to infected animals cleaned with bleach or other potent disinfectant products. Lepto vaccines are however becoming quite unpopular with many people because they have been shown to be a more common cause of allergic vaccine reaction. There are ways to prevent this reaction by pre-treating with anti-histamines and steroids, plus there are newer vaccines that were created just for smaller dogs to be less allergenic.

Leptospirosis is a very real risk here in Oregon, so please make sure your entire family is safe and keep your dogs current on their vaccines.