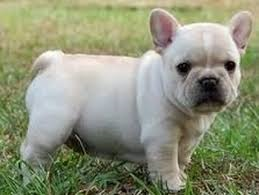 Parvo itself is the colloquial name given to the disease caused by the Canine Parvovirus. The virus attacks rapidly dividing cells in the body (mostly in the gastrointestinal tract and bone marrow) causing diarrhea, vomiting, pain, lethargy, anemia, poor immunity, and halting the body’s ability to absorb nutrients from the gut. Dogs at any age are susceptible to parvo, but the most at risk dogs are pups younger than four months of age, with certain breeds (Rottweilers, Dobermans, Pit bulls, and Labs) being more susceptible. I have personally seen older and middle aged dogs with parvo, but not nearly as often as puppies and they have always been unvaccinated.

Speaking of , that is the BEST way to prevent your pet from succumbing to this terrible disease. Puppies should be vaccinated initially between 7-8 weeks of when the antibodies they get from their mother are decreasing. Boosters need to be given every three to four weeks until the pup is 16 to 20 weeks of age to build up an appropriate level of immunity. Puppies of the breeds should definitely get their last vaccine as close to 20 weeks as possible. 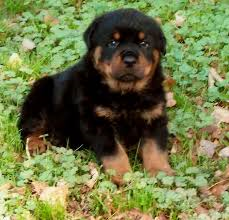 When it comes to full blown illness, there is no cure for parvo. Once a dog has been exposed, anywhere from one to seven days later, the signs can appear. Most commonly the dog will exhibit watery (sometimes bloody) stool, vomiting lethargy and can quickly become dehydrated. As I mentioned, with no cure, the treatment for the disease is limited to supportive care and preventing life threatening dehydration and sepsis. Sometimes anti-viral drugs can be given to kill the virus and decrease shedding into the environment, but they have to be used within the first 48 hours and can be very costly as they are drugs used off-label from the human pharmacy. Preventing dehydration is done through fluid and electrolyte replacement either in the vein or under the skin. Antibiotics are essential to prevent bacteria from the gut from entering the blood stream, especially since the white blood cell population is depleted by the virus. Sometimes these animals even require blood or plasma transfusions as the virus wreaks havoc on every rapidly dividing cell in its body. Most pups require several days of care, either at home or in a hospital, including around the clock monitoring, offering food, and warming.

Unfortunately, not every pup that gets parvo survives it. If the disease is caught early and treated aggressively, there is a better chance of survival. So as a reminder, the best way to survive parvo is to not get it in the first place. So if you have a young pup that has not been vaccinated or is in the middle of their series, please practice caution. Parvovirus can live in the environment for months to years (and can easily be spread by your very own shoe) so avoid areas with high dog volume (dog park, pet store, groomer) until their puppy series is finished, and socialize with healthy, vaccinated dogs because it may mean your little friend’s life!