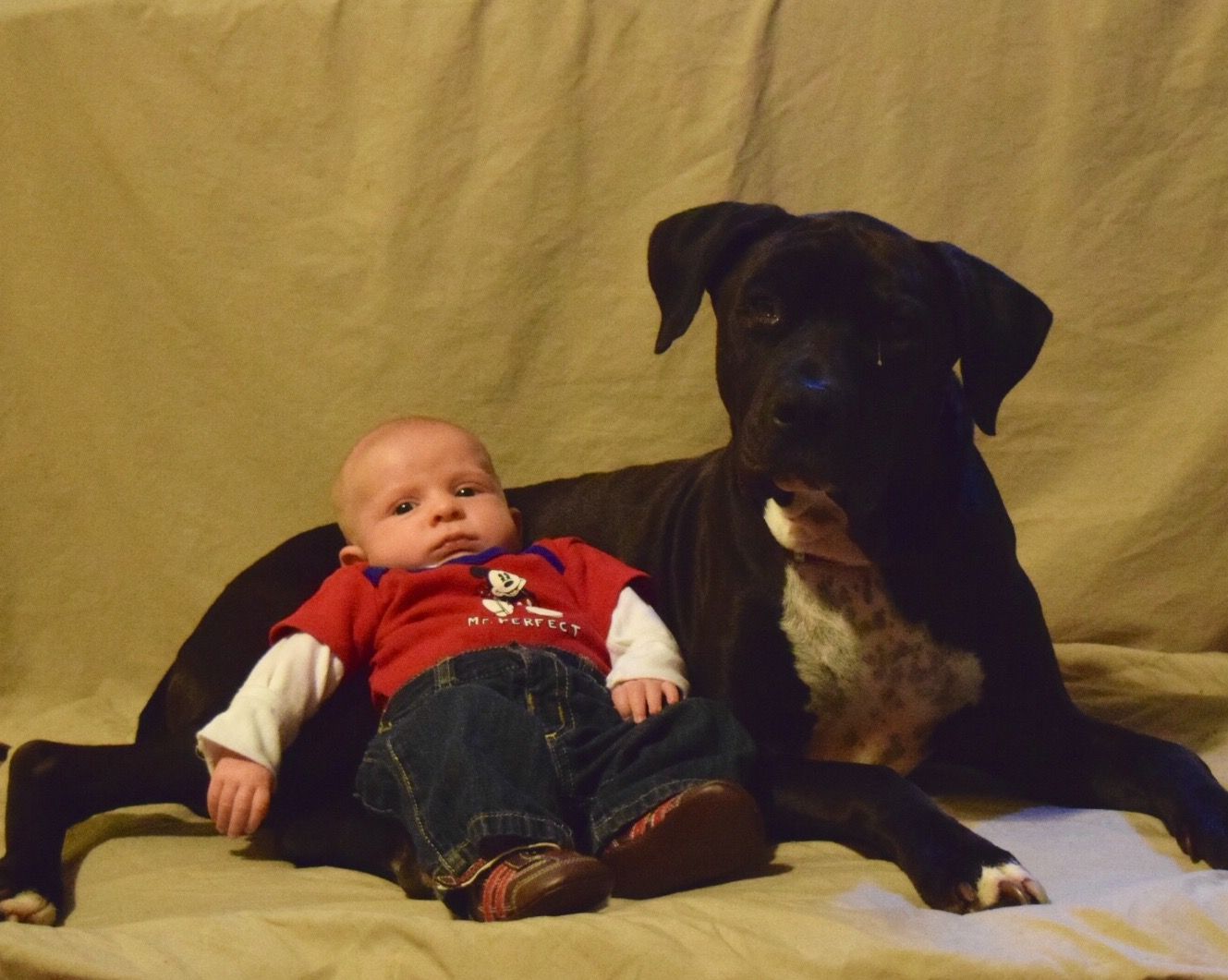 Let me tell you a story about a dog, his name is Tony. For the most part Tony is a very good dog, but he tends to act very nervous and scared around men, he hates the lawn mower and vacuum cleaner, and crouches in the corner when someone is shouting or watering the lawn. When asked to speculate on Tony’s history based on his behaviors, most often I hear the word abuse used to explain it all.

Well, my friends, in Tony’s case and for many other dogs like him, that is not the case at all. Tony was a well-loved pup, raised by an older woman that made sure he was well vaccinated, fed high quality food, neutered, and had free run of a very large back yard. He was even lucky enough to sleep in his owner’s bed!!

Unfortunately, when Tony was 18 months old, his owner’s health began to fail and he found himself in need of a new home, which he was lucky enough to find with ease. Tony’s problems started shortly after finding his new home. He demonstrated an aversion to many things, not because his previous owner hit him with a vacuum or choked him with a garden hose, but because he was not used to such things. He had never seen a vacuum as his previous owner did not own one, the yard he ran in was cared for by a crew and he was not allowed outside when they were caring for it, so he had never seen a hose of a sprinkler, so when exposed to these new concepts he responded with fear!!

Fortunately for Tony, he was allowed to explore his new environment, become more comfortable with these new and scary things and eventually he got over his fears through appropriate socialization.

Socialization is a word I hear thrown around a lot, but many people have no idea what it really means. Socializing a dog takes a lot of work, they must be exposed to nearly everything you can imagine because you never know what a trigger may be later on. The best time to socialize a pup is before 16 weeks of age (the earlier you start the better). This period of time is when they are the most sensitive to the outside world and will develop behaviors based on their experiences. This timing is crucial and often missed because this is also the period in which pups are most susceptible to disease, so they are sheltered by concerned owners. What I am really explaining is a catch-22 for most people, you need to socialize your puppy, but you also don’t want to expose him to potentially dangerous disease in the process. That is where a little bit of creative thinking comes into play. Yes socialize your dog with other dogs. Make sure they are healthy, well behaved and vaccinated, this way your pup has a chance at a positive interaction with limited risk. Expose your pup to children, yes they are loud and scary, but they are everywhere and it is an important thing for them to not fear kids because biting a child (even out of fear) is a quick way to get into lots of trouble. Get them around crowds, loud noises, bicycles, skateboards; you name it, because those things will be around when you go for your evening walks later on. Yes, this all sounds like a lot of work, but it is essential to making your pup comfortable with their surroundings no matter where they are since anxiety can be difficult to treat later on in life.

I have heard many people tell me that they don’t need to socialize their dog, they don’t plan on going anywhere with them, but even a quick trip to the the vet or a visit from family can be enough to set off an unsocialized dog. According to the American Veterinary Society of Animal Behavior, behavior problems are the leading cause of death in dogs under the age of three. If an unsocial dog ends up busting out of their yard and gets picked up by animal control, unless they are claimed by their owner, they will be temperament tested before being re-homed and may not pass.

Here are some very general tips to aide in socializing your pup:

Once past that four month mark, it becomes remarkably more difficult to socialize a dog, but it can be done. Use the above tips as you would for a puppy, but know it will take much longer for them to bypass their fear and anxiety than it would a younger animal. Limiting an older pet to one or two new sights, smells, sounds at once is really a must. It will take time and effort, but even a very scared older dog can become a social butterfly.